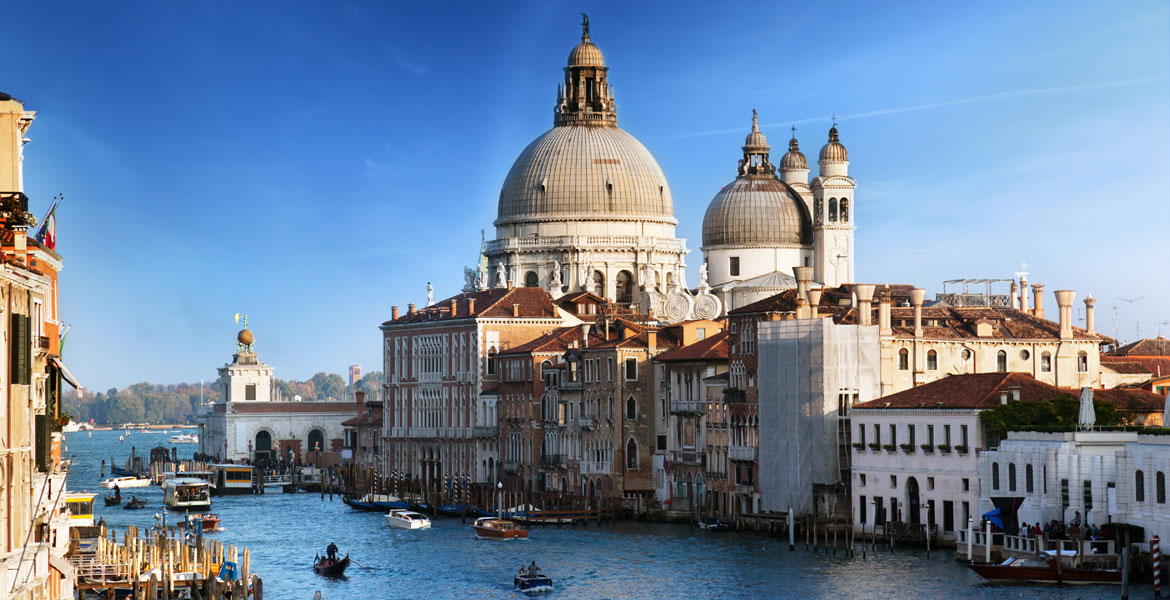 Venice, in the way which it was built, makes it one of the most unique cities in the world. Built on over 100 small islets, it lies just 4 km away from the mainland and 2 km from the Adriatic sea. The whole historical town, crossed by 118 canals and linked by over 400 hundred bridges, is a treasure from the artistic and architectural point of view.  The town has an exceptional atmosphere from November to April, during the high water phenomenon, when the high tide exceeds the normal level and floods the street and the main squares of Venice.  Venice itself, is made up of about 60,000 residents, and is the main city of the district and the Veneto region.

Venice has an incredible variety of art in its museums, ranging from Renaissance paintings hung below elaborately carved ceilings to masterpieces of modern art. Following is a list of the biggest and best of Venice’s museums and a summary of what to see in them. To maximize your visit to Venice’s museums, consider purchasing the Museum pass, which is valid for entry to the first three museums listed below as well as several other minor museums. Separate admission fees are required for admission to the Peggy Guggenheim Collection and the Galleria dell’Accademia.

Also called the Palazzo Ducale, the Doges’ Palace sits right on the Piazza San Marco and is, in fact, an exhaustive collection of smaller museums, a courtyard, and a trove of over-the-top ornamentation, including frescoed walls, gilded ceilings, and intricately carved statues and friezes. Part palace and part fortress, the Doges’ Palace held both the home of the Doge and, for a while, its prison. Visitors to the Doges’ Palace can see the Doges’ opulent apartments, where there are paintings by the likes of Veronese, Titian, and Tintoretto, and the prisons, some of which are accessed via one of Venice’s most famous bridges, the Bridge of Sighs. Tip: To avoid the large number of tour groups, visit the Doges’ Palace right at opening time.

Also located on Piazza San Marco, the Museo Correr is dedicated to Venice’s civic history. The museum is named after Venetian artistrocrat Teodoro Correr, whose last will and testament bequeathed many of the items in the collection, from paintings, drawings, copperplates, coins, seals, and classical antiquities. Of particular interest in the Museo Correr are the fine marble sculptures by Antonio Canova and the many paintings and drawings of the Venetian cityscape as it has changed through the centuries. Admission to the Museo Correr is included with that of the Doges’ Palace.

Venice’s largest cache of 18th century art is located in the Ca’Rezzonico, which is named after the patrician Rezzonico family. Their former Baroque palace on the Grand Canal displays three floors of paintings, sculpture, and decadent furnishings, as well as four rooms containing significant works by Giambattista Tiepolo. Other highlights include the palace’s grand staircase and the Gallery Portego, which contains portraits and landscape paintings from Venetian artists of the Settecento.

Most of the artworks in the Peggy Guggenheim Collection, among Italy’s most important museums for modern art, were acquired by American socialite Peggy Guggenheim, who was throughout her lifetime a patron of the arts. The museum contains works from the most famous European and American artists of the first half of the 20th century, including Pablo Picasso, Jackson Pollock, and Alexander Calder, and it also hosts special exhibitions throughout the year. The Peggy Guggenheim Collection is located in Palazzo Venier dei Leoni, Guggenheim’s former home on the Grand Canal, not far from the Galleria dell’Accademia.

Not to be confused with the Accademia in Florence, which houses Michelangelo’s David and a lot of Tuscan art, Venice’s Galleria dell’Accademia boasts its own stunning treasures, most of which are of Venetian heritage. The greats of Venetian painting from the 14th to the 18th centuries are represented, including Paolo Veneziano, Giovanni Bellini, Giorgione, Titian, and Tiepolo.

Save time by buying a Venice Museums Pass. The San Marco Square Pass includes admission to the 4 major sites on Piazza San Marco plus one additional museum. The Museums Pass gives admission to 11 museums, including two on Murano and Burano Islands. Cards are valid for three months from the pick-up date.

Every year, the squares and the streets are full of the wonderful and joyous Carnival. Open air dancing, theatrical performances, music, many types of street performers, and people in costume invade the city by the thousands.

This traditional holiday is celebrated on ascension day and recalls the ancient Venetian “marriage” of Venice to the Adriatic Sea. A procession of splendidly decorated boats go towards the Lido island and throw a wreath of flower symbolising a ring into the lagoon. In this way the Venetians remember their union with the sea. The celebration is followed by an historic parade of boats along the Grand Canal and rowing competitions between the gondoliers.

Every year, on the third Sunday of July, the Venetians celebrate the Redeemer’s feast in remembrance of the end of the plague of 1576. A long pontoon bridge is built that leads Venetians and tourists to the Redentore church on the Giudecca island. St. Mark’s Basin fills with colorfully decorated boats in anticipation of the evening’s spectacular fireworks display over the lagoon.

This International Film Festival takes place every year between August and September at the Palazzo del Cinema on the Lido island. The judges, made up of great celebrities, award the best film with the famous Leon D’oro.

This international art exhibition takes place every two years between June and October. This year opening from 9 May to 22 November! The artwork comes from all over the world and is exhibited throughout the city, its palaces and islands. The main show is at the Castello Gardens where you can see the different countries’ pavilions.

On the first Sunday of September, the Grand Canal hosts the most spectacular rowing event in Venice, with a costumed historical boat procession and rowing races.

Each year, on the 21 November the Venetians celebrate one of the most popular anniversaries. In fact in remembrance of the end of the plague which ended in 1630, Saint Mary’s Church was built. A pontoon bridge connects the districts of San Moisé and San Mary Zobemgo, starting from Saint Marco and crossing the Grand Canal.

The most popular non-competitive rowing race of the year. The run is 30 km. long and crosses all the main Venetian canals and islands.

The official marathon that many famous athletics of international level take part in. The run goes along the Brenta River, with the finish line in St. Mark’s square.